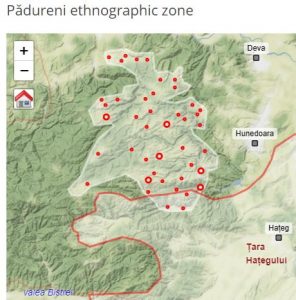 There are a few basic concepts behind our depiction of ethnographic zones based around our interest in traditional or folk cultures, not nation and national history.