The western part of the modern region of Transylvania is often referred as “Crişana” after three tributaries of the Criş River – Crișul Repede (fast Criș), Crișul Negru (black Criș) and Crișul Alb (white Criș). In general usage the region is defined in the north by the Someș river, in the east by the historic Principality of Transylvania, in the south by the Mureș river and in the west by the modern country of Hungary as the border was drawn in 1919. The adjacent area within Hungary is generally termed after the Tiza river. 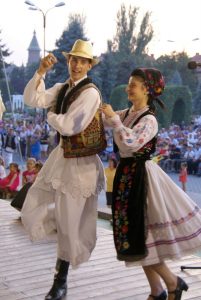 The western side of this area is part of the Pannonian Plain, the east has valleys up to the Transylvanian plateau and the Apuseni mountains. The plain region can be viewed as a continuum or as ethnographic zones with broad “interference zones”, from Bihor into the plain of Banat. The mountain zones follow the tributaries – Crișul Repede to Alșed, Crișul Negru to Beiuș, and Crișul Alb into the Zărand region and to Brad. In addition the region of the rivers Barcău and Ier are generally included in Crișana. 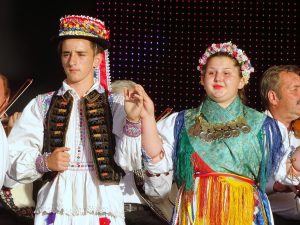 The region is often linked to, or included in, “Transylvania”. This arises from the period following the 1541 defeat and break up of Hungary when an area known as “Partium” was administed by the Principality of Transylvania (an autonomous principality under the suzerainty of the Ottomans). The boundaries of “Partium” do not align with the current concept of “Crișana”. From 1660 Oradea was made a seat of an Ottoman Varat Eyalet, leaving only the northern region around Satu Mare under the Principality of Transylvania.

From 1711 the region came under Habsburg rule, until the Austro-Hungarian agreement of 1867 gave authority to Hungary. After the -first world war, the Treaty of Trianon in 1920 incorporated part of the region into Romania with the border approximately following the existing line of ethnic division of the population.